Starting the Year Off Right; Shoots from Sunday, January 19, 2020

A new year is always a bitter-sweet time for me; I’m sad to see 2019 go as it was such an amazing year for Phil and me, both personally and for our business! We accomplished so many things in 2019 that I hadn’t expected. As 2020 is just beginning it is already showing potential to be the best year yet! On Sunday I had my first shoot of the year and a few hours later I had my second shoot of the year! 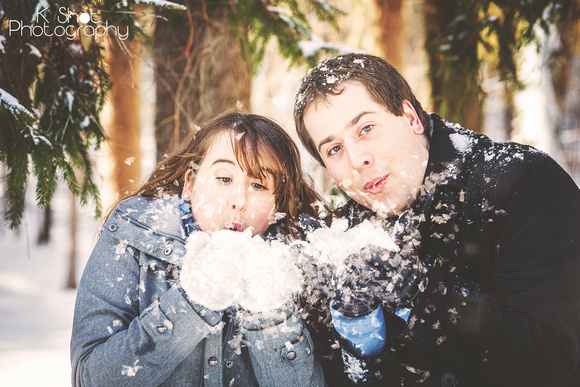 I normally avoid taking on more than one shoot per day but this was one of those rare occasions where the stars aligned for both of these shoots and everything turned out perfectly!

Stephanie and Steven reached out back in the fall about a snowy couple’s shoot. We had decided on the 19th as a potential date with the agreement that it would be adjusted as needed. Until Saturday we haven’t had too much snow, but someone was clearly looking out for us as there was plenty on Sunday for their shoot! These college sweethearts met me at the Pittsfield State Forest, a favorite hiking spot for them; the plows for the park were just beginning to come through that morning. We headed straight to the Lulu Cascade and began our shoot there. Stephanie and Steven are a ridiculously sweet couple and just too adorable together! They styled their outfits to compliment Stephanie’s engagement ring as it has smaller blue diamonds around the main diamond. This created a beautiful icy look against the fresh powder. It was so fun watching them play in the snow together towards the end of the session and made for some cute shots in addition to the more posed shots! To view more of their preview just click on their photo!

Shortly following their shoot I made my way to East Greenbush, NY to photograph 13 day old, Judit. The newest addition to the Nicoli family was named in honor of the Hungarian chess player, Judit Polgar. 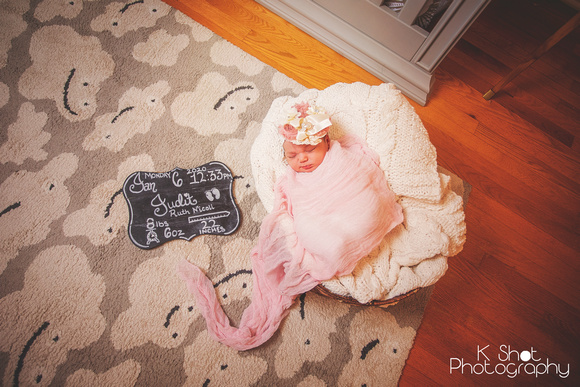 Seth is an avid chess player making this a wonderful name choice for their newly arrived daughter. I first met the Nicoli family a few years ago when Caitlin was pregnant with her oldest, Soren. This sweet family reconnected with us again recently and stopped by our home back in November for some maternity photos of bump number two! Upon Judit's arrival they reached out again for some newborn photos; we decided it would be easiest and make the most logistical sense to have me come to them this time. In home sessions have quickly become a favorite for me; it's wonderful to be able to capture a family somewhere as important to them as their home! We setup in Judit's nursery, a sweet peach room adorned with floral motifs. She was truly the easiest newborn I've ever photographed, she slept sweetly the entire time! We were able to get a great array of photos and Soren even wanted to be involved (this is a huge deal for a two year-old little boy.) Soren is such a great big brother, he was very gentle with his new sister while hugging and kissing her. He's a super sweet little guy though! If you'd like to see more of this family's preview from their session, click on the photo of Judit!